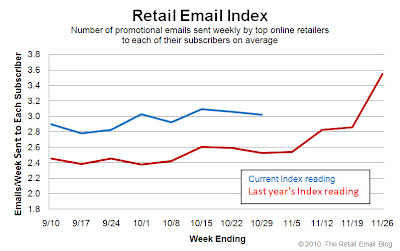 The Retail Email Index: Top online retailers sent each of their subscribers 3.0 promotional emails on average during the week ending Oct. 29, 2010. That’s down 1% week-over-week, on par with where it was four weeks ago, and up 19% year-over-year.

First References to the Holidays: As of Oct. 29, 57% of top online retailers had begun their holiday email marketing campaigns. Prior to October, first references to the holidays by retail email marketers we’re running ahead of both 2008 and 2009 levels. But during the first weeks of October, first mentions slowed to below the levels seen in 2008 when retailers were urgent to kick off the holiday season before the economy got any worse. However, last week first references to the holiday season surged and now stand back ahead of 2009 and 2008. 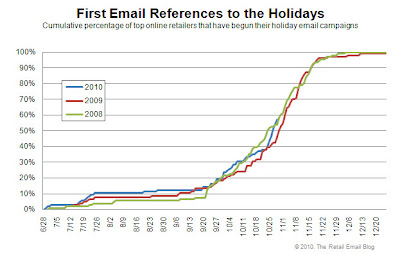 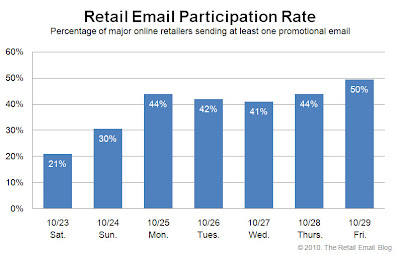 The Retail Email Seasonality Meter: Last week we got our first reference to Black Friday, which is Nov. 26 this year. Over the next two weeks, Veterans Day will have its small moment, but it will be dwarfed by Thanksgiving references, which in turn will be dwarfed by references to the holidays and Christmas. By mid November, more than half of all retail emails will include at least one reference to the holidays. 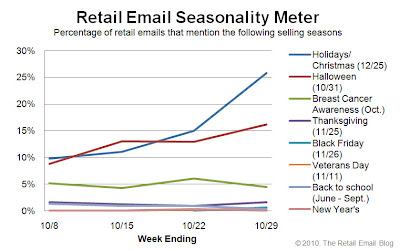