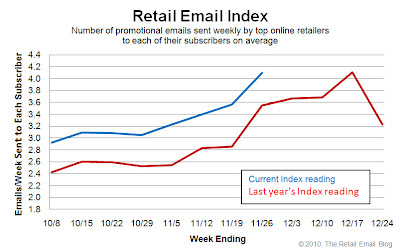 The Retail Email Index: Top online retailers sent each of their subscribers 4.1 promotional emails on average—just shy of an all-time record—during the week ending Nov. 26, 2010. That’s up 15% week-over-week, up 34% from where it was four weeks ago, and up 15% year-over-year.

The Retail Email Participation Rate: Friday, which was Black Friday, was the most popular day to send retail emails last week. While that wasn’t a surprise, the popularity of sending on Thanksgiving Day was to a degree. Because of the trend toward retailers promoting and making available their Black Friday deals on Thanksgiving, I had expected more volume on Thursday, but it definitely exceeded my expectations. There’s no doubt that Black Thursday is a trend that we’ll be seeing next year and beyond. 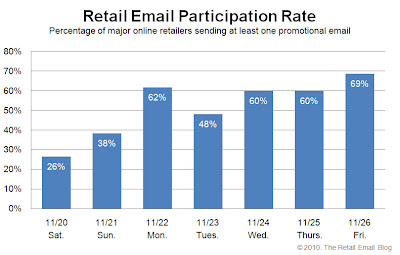 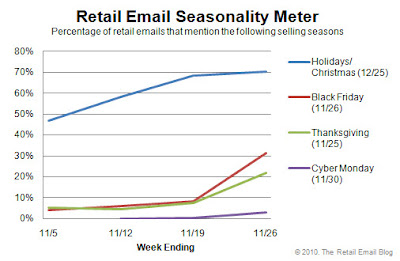