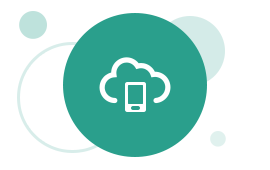 Oracle Mobile Hub (OMH) is a PaaS middleware with mobile ready built-in APIs. Product has evolved from Mobile Cloud Services (MCS), Oracle Mobile Cloud Enterprise (OMCE) and Autonomous Mobile Cloud Enterprise (AMCE) to be the todays Oracle Mobile Hub. OMH custom APIs are basically developed with Node.js and Express. Once it is deployed to cloud, a Docker container is automatically built by the system in the cloud and it is running as many instances as it is needing. At this step, debugging of the running system is not possible except trying to understand the causing problems from diagnostics and logs. Setting up a development environment for OMH is essential for traditional debugging.

In order to start with OMH custom API development following things are required:

After installing nvm, in order to install specific version (8.9.4) of Node.js via nvm, open command line or terminal write the following:

If there are other node versions are installed:

If you are not sure, you can check versions via:

Create a workspace folder. Within that folder, create the following folders:

If there is a need to work with more than one API at once, it is possible to extract each scaffold into separate folder and name the source folder by API name such as API1, API2 respectively. The steps done within source folder are to be repeated for each API folder respectively.
Later .vscode folder will be created by Visual Studio Code.
Folders might look like this:

There are two folders within OMCE Tools:

If OracleMobileAPI is not created as API on your OMH instance, following steps explain how to create it. This API is for the development purpose. If multiple OMH instances are used for different purposes (development, production) it is not advised to setup this on production.

For each backend, there is a need to associate this OracleMobileAPI to be used:

This is setting up omce-tools both locally and globally.

.gitignore file marks which files to be added or ignored to by the git system. It is advised to configure you .gitignore file from this template below:

There are several things to be installed within Visual Studio code:

After extracting scaffold into source folder, it will look like this:

The template obtained from scaffold will look like this:

Any value entered here has no effect running the code on the deployed API implementation, this is solely used for the omce-tools that simulates OMH on your local computer.

The values entered to the json file is not sufficient. There are several more changes to be performed. Please use the updated template below:

If you are accessing internet via proxy, in that case please refer to the tools documentation how to set proxy values within toolsConfig.json

Those changes might be obsolete in future versions of OMH and the tool; anyway it will not break anything

Local version of the custom API is to be run by the omce-ccc program (custom code container). It is possible to use an external debugger to debug the code. Using a wrapper to start the program with built-in IDE debugger will ease the process. The run-server.js file is the wrapper file for that purpose.
Copy the content of the file as "${workspaceFolder}/source/run-server.js

Starting debug from this file will automatically:

For information regarding omce tools and original ccc, please read the README.md file within omce-tools

In the launch.json file this file is pointed to start with debug. Just press start or F5 to start debugging

Starting the API will just start the server which listens to given port (above in toolsConfig.json). In order to capture the calls: