The Health Sciences Blog covers the latest trends and advances in life sciences and healthcare.

Today, May 20, is Clinical Trials Day, a time set aside to recognize the people who conduct clinical trials, and thank the patients who participate in them. It's a day to acknowledge all those who contribute to improving public health and extending the goals of clinical research.

Steve Rosenberg, SVP and GM of Oracle Health Sciences, celebrates Clinical Trials Day by lending his voice -- and Oracle’s -- to the yearly observance. He commends all clinical trial participants -- the researchers and the patients -- who make the sacrifices that bring to society the medicines that enhance the quality of our lives. (1:47) 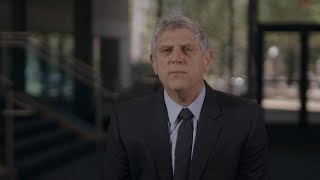 May 20 was chosen to commemorate the date that James Lind, ship’s surgeon on board the British Royal Navy’s HMS Salisbury, began what is considered the first clinical trial.  His tests sought to find an antidote for scurvy, a debilitating disease (now known to be caused by a lack of vitamin C), that led to more than 1400 deaths aboard British ships during the eighteenth century.

In 1747, after two months at sea, Lind’s ship was afflicted with scurvy. On a hunch that the onset of the disease was caused by a lack of acids in the system, Lind devised an experiment that included dietary acidic supplements. He divided twelve sailor volunteers into six groups of two. Over a period of 14 days, each of the groups received the same diet. But in addition, group one was given a quart of cider daily; group two, twenty-five drops of elixir of vitriol (sulfuric acid); group three, six spoonfuls of vinegar; group four, half a pint of seawater; group five two oranges and one lemon; and group six, a spicy paste plus a drink of barley water. The treatment of group five stopped after six days when the supply of fruit ran out. But by that time, one sailor in group five was fit for duty while the other had almost recovered. Apart from that, only those in group one -- having taken a quart of cider daily -- showed any effect from the treatments offered.

For his concept of comparing like with like and the design of his trial, Lind is credited with inspiring and informing future clinical trial design.

The Association of Clinical Research Professionals (ACRP) is leading the drive to promote Clinical Trials Day and bring more awareness about clinical trials to the public by supporting events around the country, starting on May 20. A 2016 Outsourcing Pharma article provides more details why Clinical Trials Day is important.