All Things Developer at Oracle Code One - Day 3

When it comes to a code conference, it has to be about the community. Stephen Chin and his superheroes proved that right on stage last night with their Code Avengers keynote. The action-packed superheroes stole the thunder of Code One on Day 3.

Some of us were backstage with the superheroes, and the excitement and energy were just phenomenal. We want to tell this story in pictures, but what are these avengers fighting for?

We will, of course, start with Dr. Strange's address to his fellow superheroes of code which brought more than a quarter million viewers on Twitter. And then his troupe follows! The mural comic strips, animations, screenplay, and cast came together just brilliantly! Congrats to the entire superheroes team!

Here are some highlights from the keynote to recap:

The Oracle Code One Team Heads to CloudFest18

The remaining thunder was stolen by the Portugal Man, the Beck, and the Bleachers at the CloudFest18 rock concert in AT&Park. Jam-packed with Oracle customers, employees, and partners from TCS, the park was just electric with Powerade music!

The NoSQL hands-on lab in action here delivered by the crew. One API to many NoSQL databases!

The Groundbreakers Hub was Busy!

And a quick run of the bullet time photo booth. Rex Wang in action! 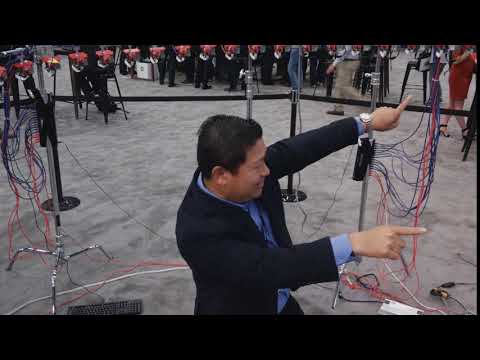 Click here for a quick 30 second recap of other things on Day 3 at Oracle Code One.